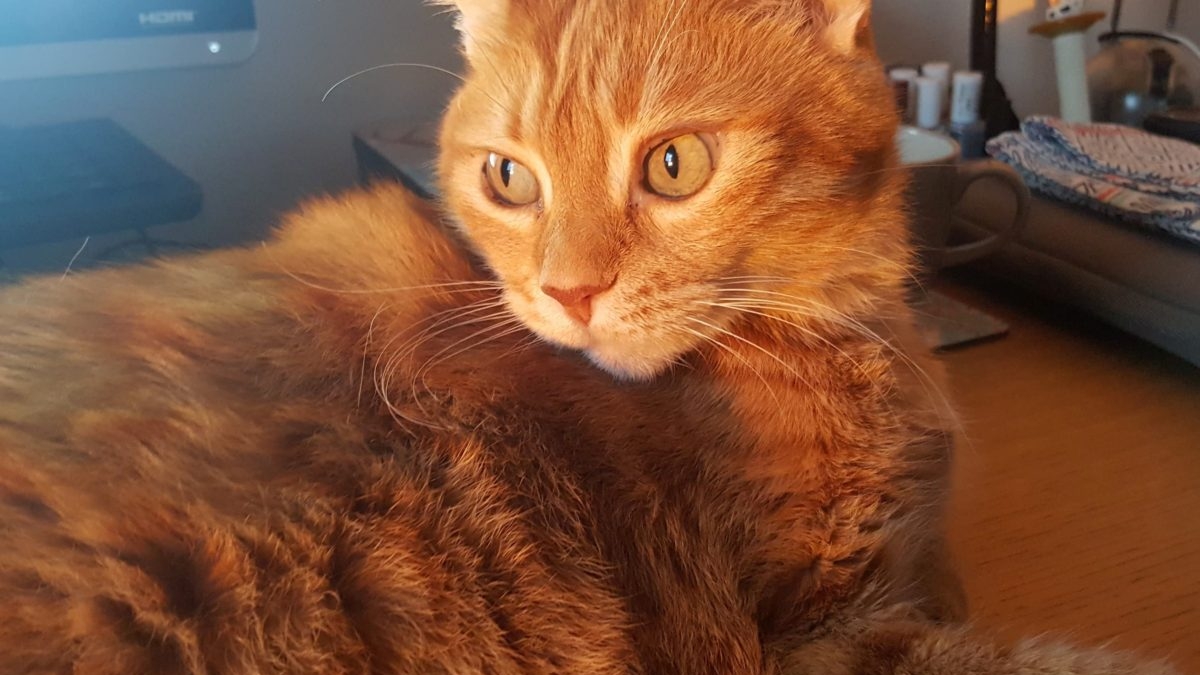 A story of second chances written by Maya, Kiko’s adopter. Kiko felt right at home with his new mom, Maya, right from the start!

It’s been almost 8 months since Kiko came to my house and became a member of my small family. Even though he had to take two flights and stay overnight in another country, he arrived calm, relaxed and full of confidence. Kiko turned 11 when I adopted him but his age was never something I took into account in the adoption process.

The first thing I saw was his photo and his eyes looking as if they were longing for something. Reading his story, I imagined that he was trying to understand what happened and where his carer was, who unfortunately passed away. His ad came almost a year after the death of my Terry (my older cat) from cancer. As soon as I read his story, I thought that Kiko must be feeling as lonely and empty as I am. At the same time, I had already started thinking that Christakis (my youngest cat) would like a company as he too felt a void.

Having dealt with stray cats, I know that as sweet as kittens are, so are adult cats. An adult cat has its own character and temperament and it is a pleasure to see it unfolding. I saw Kiko at his hosting house for the first time a few days before his trip and while he was initially detached he came close and licked my hand. I was immediately struck by the fact that an adult animal chose to greet me. Even though it took Christakis a while, he eventually accepted Kiko as his new brother.

As soon as he finally arrived at my house we had a long period of adjustment due to my other cat being quite scared. With perseverance and patience, however, they now live in harmony. Kiko relaxed and over time realized that this was not another change in his life but that he was now in his new home. He started playing more and more and picking favorite games. Kiko loves sleeping in my bed and waits for me behind the door when I come back. This senior cat has the energy of a little kitten and often challenges Christakis to play chase. His energy surpasses that of Christos, who is half his age and we have to play every day in order to be able to sleep peacefully at night. When someone visits us, they can’t believe that Kiko is older than Christakis! Kiko unraveled a rather playful and fun personality while at his new home!

The most impressive thing is when I enter the room where he sleeps and looks at me and starts to knead and purr. I believe that he no longer feels alone and empty. Kiko has now accepted his new home and has become my big boy. May everyone give a chance to the old kittens looking for a home.