Kitten Reggie and his three siblings were the only survivors of a mass poisoning that killed some 20 cats and dogs in a suburb of Athens.

“I really could not ask for a sweeter cat. He always snuggles up with me to watch TV each night and seems really very happy. He really loves his toys and is just like a kid – I put them all in a basket and he drags them all out again! He and my first cat Kiki are still not the best of friends but I think they get on quite well when I am not around. They sit together and play together with a piece of straw one of them had ripped off a basket (one suspects Reggie!).  I throw it across the room for one to chase and then the other so they take it in turns and I think Kiki secretly really enjoys herself – sometimes she races Reggie for it when it is his turn. Regarding the cloudy eye he had when first found, he doesn’t seem to have a problem seeing things, not at all actually, he’s into everything!   And he can spot one of his little bits of straw/mini sticks from a mile off!” 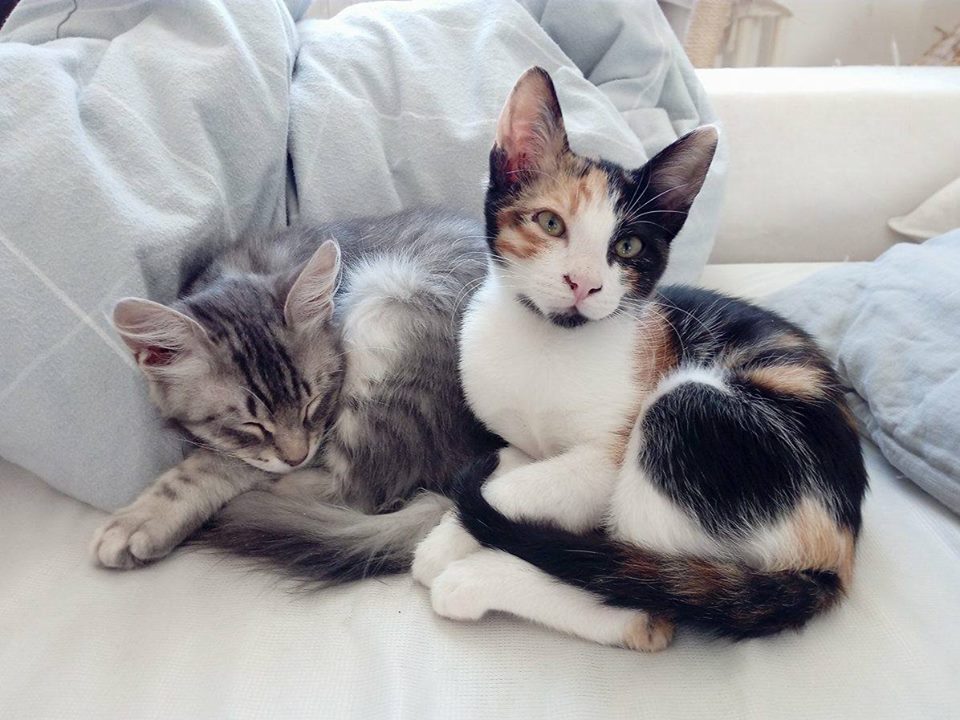 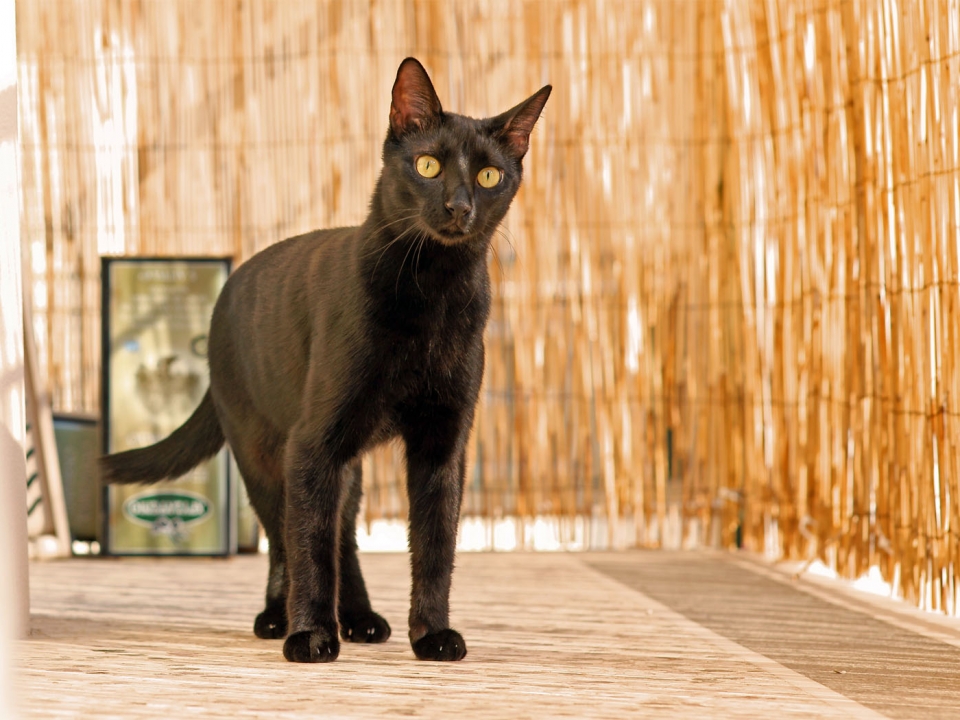 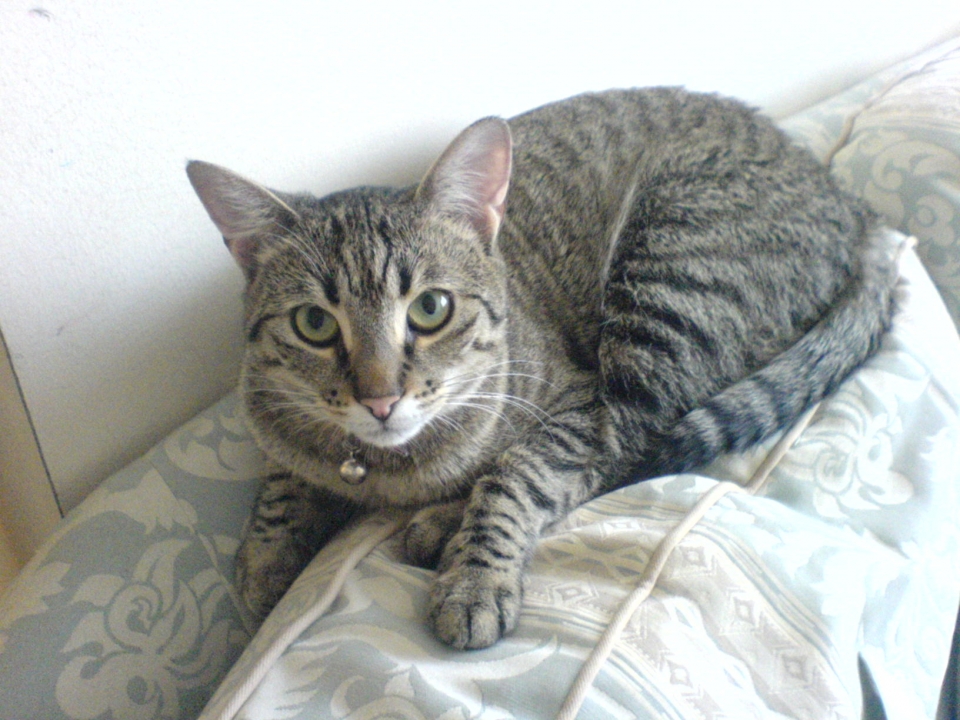