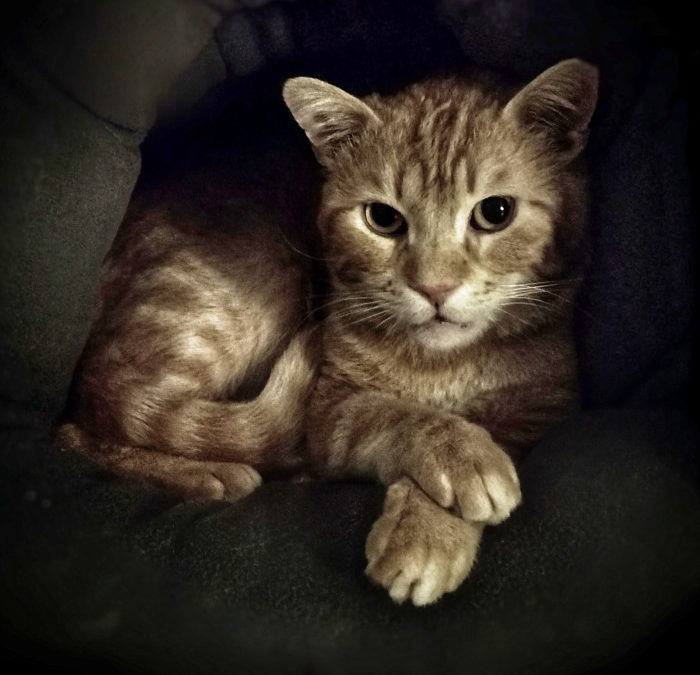 Mr Carrot looks warily at us from his cat cave

It was both a personal and a group bet from the beginning. To myself, to the girls who trusted me and first and foremost to Mr. Carrot, the foster cat,  himself. You gamble a lot in return for everything – to turn a wounded beast of the urban jungle to a healthy couch cat. 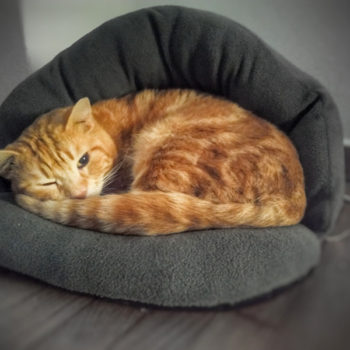 Mr Carrot, curled up in his bed, sneaks a peek at us

Just a few weeks after New Year’s, a faded yellow-orange furball with an unusually visible backbone and a couple of permanent metallic sutures to keep both jaws in place entered my home. And me, a dog’s person, just said ‘yes’ to fostering him until he recovers moments after hearing his story and realizing his need for a new beginning. It wouldn’t take much, just a bit of water, some food and a corner to lay down – would it?

Mr. Carrot might not remember the first time I petted him. Still in his carrier, barely sedated, a hand approached him and touched his fur hesitating for a few seconds. Almost as hit by lightning, he came round immediately and in panic hid under the bed, looking for shelter in the darkest and quietest part of the house. However, every can being opened and every sound a spoon made serving food on his little plate brought us closer. At the beginning there was no response except shrugging back to his nook. However, the consistent meals, the warm house and the quiet environment made him realize that the first steps towards stability in his life had been taken.

Shortly after, he jumped on the couch for sleep. Although he didn’t dare to lay flat on his back, he was getting more and more hours of 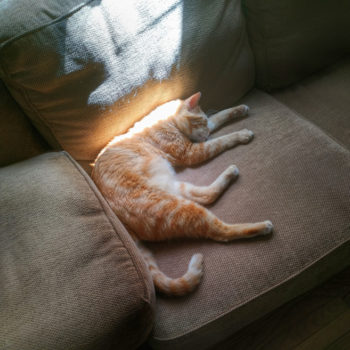 Mr Carrot sleeping on a couch with a sliver of sunlight hitting him.

uninterrupted sleep in the day. From jumping terrified after hearing the slightest sound, in only a few weeks he managed to sleep an entire hour without being alerted. A bit later, this turned into two, three, four hours. There is no better feeling than seeing a little furball breathing calmly, relaxed, without caring for his wellbeing and safety. If there is a sign of trust, this lies in sleep and this is what we conquered!

The next steps followed quite fast. We managed to eat from a can with chopsticks piece by piece, we learned to coexist in the same space without being afraid and to accept human touch and respond with head bumps. But most importantly, we figured out how it feels to have a roof over your head, safety, food, cold water, clean litter. We learned how to hold hands and lay on a soft bed, reluctantly at the beginning, demandingly by now.

But most importantly, we learned how to be gentlemen. Me towards him and him in return being my one and only Mr. Carrot. Period! 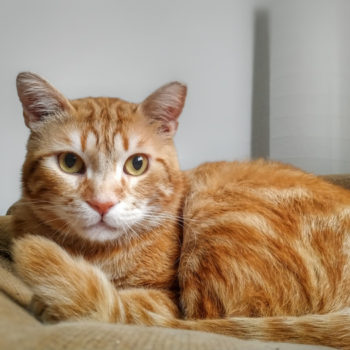