Fiona, a fluffy cat with a pretty face

Fiona, a pretty, seven-year-old fluffy cat who is looking for a home, has the most amazing story. Seven years ago she was found as a kitten during a rainstorm in Athens. Our volunteer rescued her and she had a nice home for five years. But unfortunately her owner got really sick and her relatives abandoned Fiona on the streets without informing her rescuer. When her rescuer asked about her the relative told her exactly where Fiona had been released. She was abandoned 30 km away from her home. After one and a half years of searching for her through advertisements, her rescuer found the cat and rescued her again. Fiona had been living for 18 months on the streets. As she had never really lived outdoors, it was miraculous that she survived.

Naturally, it took her some time to begin to trust people again after a this betrayal. She has an amazingly sweet and calm character. She can watch the outside world from her window for hours at a time and she adores cuddling and treats. She is not so playful, after all she is an adult, but she will play a little bit sometimes.

One of her eyes was traumatized during her life on the streets. She can see but she has blurry vision. Otherwise, she is in excellent health, has been vaccinated, micro-chipped, spayed and de-wormed. She gets along with other cats, dogs and children. If you are interested in this lovely cat, click on the pink Contact button below. 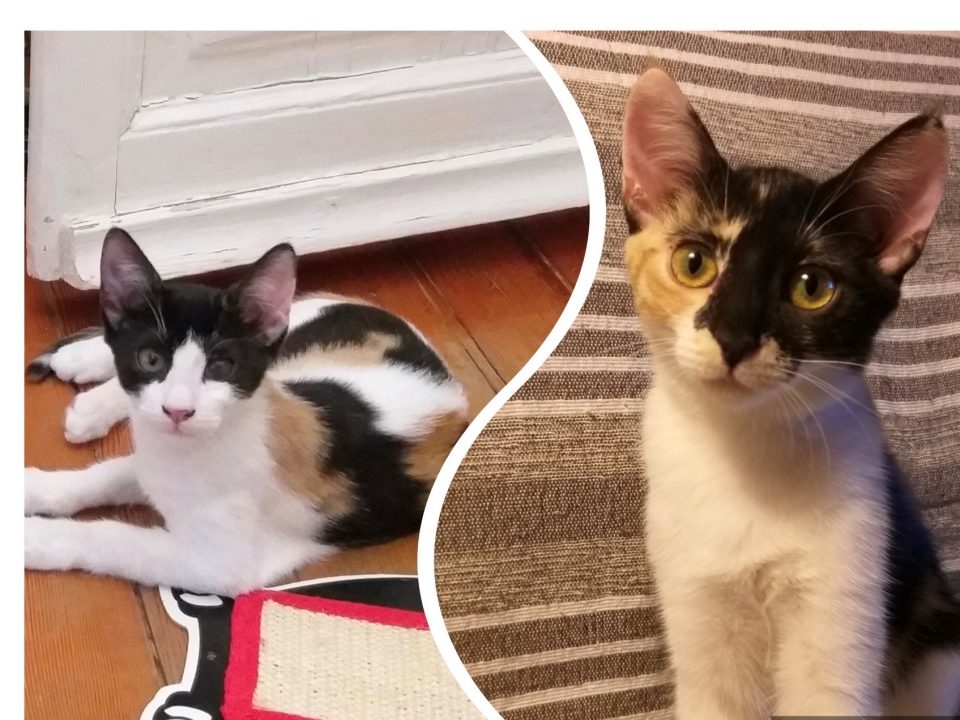