Feeding stray cats, which are abundant in Athens, is just one of the things Nine Lives does to help them survive.

After feeding stray cats in Athens for some time, the author Sharon and her partner Glen, become  Nine Lives Volunteers,  and they end up falling in love with and adopting a beautiful abandoned cat.

One thing you see everywhere in Greece? Cats! On the mainland & on the islands, wherever you go in Greece there is a large cat population. We all have pictures of cats lazing in the sun, on top of a car or motorbike, sitting next to the Acropolis etc. Now, we all love cats but their welfare and caring for strays is another matter. I’ve been looking after the strays in my area for a long time (feeding & vet visits). Then my partner moved to Greece & fell in love with all of them (how can you not). After seeing an ad saying that Nine lives needed volunteers to help with feeding, we both decided that we wanted to help in anyway we could. So we volunteered to help feed the enormous amount of strays in the centre of Athens. We already knew a lot of these beauties after our long walks through the city & now we had the chance to help.

It’s not just feeding; it’s caring about their welfare, checking up on any possible illness, treating them with medication when needed & reporting any new cats that suddenly appear in the colonies that may need neutering or spaying. As the streets of Athens empty because of the pandemic, the stray cats have less contact with humans

In March, the lock down came due to the Covid 19 virus and suddenly everything closed up. The cats were alone! Volunteers left to go back to their home countries but Glen & I and other volunteers were still here to care for them, they needed us now more than ever. We went endlessly to feed them but the cats were interested in human interaction more than anything else. The city centre became a ghost town overnight. It was quite shocking to see how the cats missed having the crowds around. When we would go feeding they would follow us everywhere getting under our feet (trod on a couple of paws I must say). 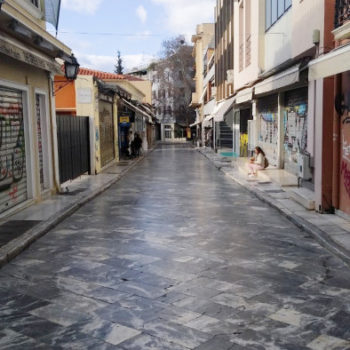 The pandemic began in earnest and the streets of Athens became deserted.

Thank God we are out of that now & more restaurants are open to help feeding & people are out & about because the majority of them love the attention they get. The streets in Athens are slowly getting back to normal, although still not many tourists around but that’s changing day by day. I know the cats are now enjoying more human interaction, although I’m pretty sure they are not enjoying all the traffic again which is so dangerous for them.

In between all of this, we had our own little adventure! Although both cat lovers, we didn’t have a cat of our own (I had had a beauty called William many years ago). When we started feeding, we both fell in love with a cat named Jack. Jack had been a pet that was suddenly dumped on the street by his owners. He didn’t get on well with the other cats in that specific colony but he loved  human attention. Glen actually had seen him in Plaka about a year before & had taken his photograph (fate maybe). Jack wasn’t always there when we went feeding & we were both sad when he didn’t see him. We would constantly ask the other volunteers if they had seen him. 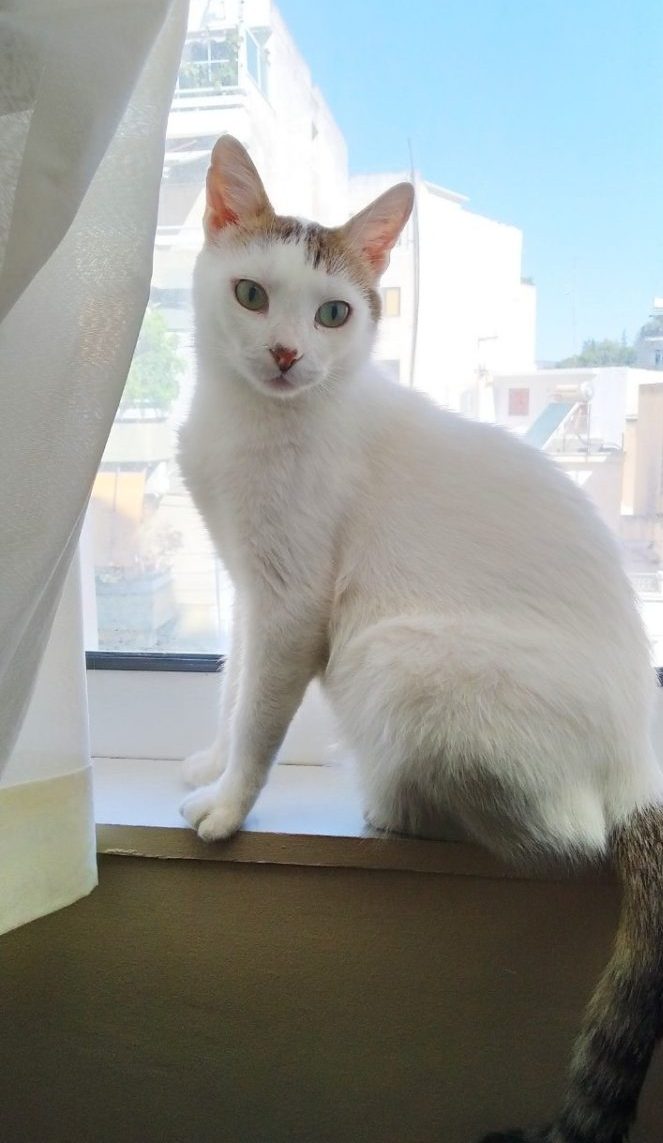 After 1 day of being fostered, the author and her partner could not resist going to the next step so they adopted the beautiful Jack.

One day he showed up looking worse for wear, He had cuts on his face & his fur was in a terrible state. Jack was always pristine in his appearance so this worried us. We then contacted the girls at Nine Lives  who suggested we foster him so that he could be adopted & get him off the streets, which we did. He was taken to the vet and fortunately was in good health except for an ear infection. Of course he was only with us a day when we then decided to make him a permanent member of our family. There are just so many cats in Athens that need help so basically the most important message is don’t shop! Adopt. So many cats & kittens need re-homing.

I’ll be introducing some of the cats individually in future posts & hope you enjoy meeting them.